From experience to meaning...

Last week I received a complaint that I was too kind for Howard Gardner as we didn’t call his multiple intelligences theory a myth. The reason why we used the label ‘nuanced’ is because the basis philosophy that people differ can’t be labeled as wrong. Still we gave a lot of reasons why one should be cautious about this very popular theory. And lately Gardner himself outed the theory as being outdated and ill-researched.

But this paragraph tweeted by Stuart Ritchie is making me grinch: 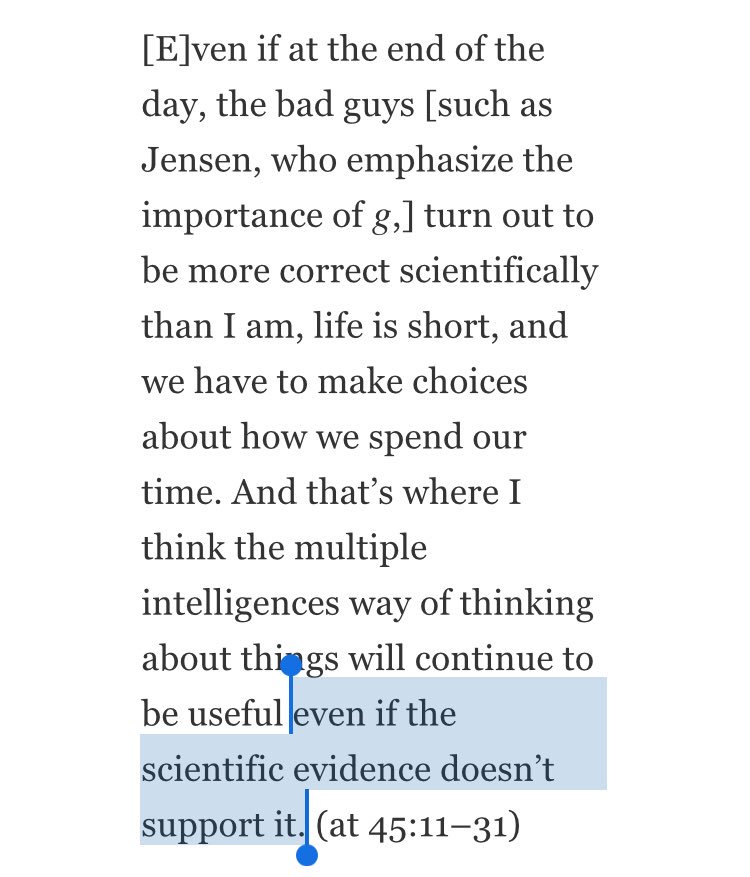 This quote is coming from this video:

Now, the video is older than the own-debunking I mentioned before on this blog, but Casper made a good comment on Twitter about the mixed message Gardner is giving:

Yep. Gardner is a fierce critic of his own theory, yet keeps defending it because of its ‘usefulness’.